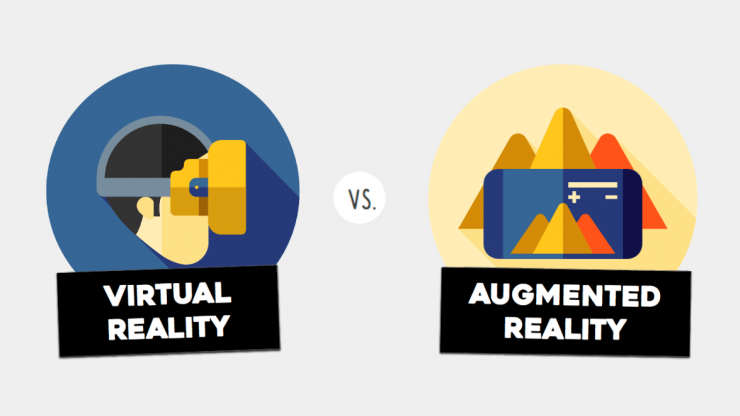 Oculus Rift vs Sony PlayStation VR, which one is using VR?

This article will simply explain what AR and VR is and what are the main differences between these two technologies.

Just in case you didn’t get it, the answer to the question above is both 😉.

AR stands for augmented reality and this is how Wikipedia is describing it:

An interactive experience of a real-world environment where the objects that reside in the real-world are enhanced by computer-generated perceptual information, sometimes across multiple sensory modalities, including visual, auditory, haptic, somatosensory and olfactory.

Chances are you have already used some of these apps already. AR manages to create the perfect bridge between the real world and the virtual one. Brining computer-generated objects into reality and making it feel real.

Tools like the Microsoft HoloLens take all this experience to the next level. HoloLens doesn’t need to use your smartphone for processing and camera. It has got everything built-in, offering you a seamless experience of just wearing a pair of glasses. Offering you the ability to be present in the real world while enjoying the perks of AR.

VR stands for Virtual Reality and this is how Wikipedia is describing it:

VR is a simulated experience that can be similar to or completely different from the real world.

You may have already used some of these apps, especially since VR is not that hot of a topic anymore. Simply put, VR kind of tricks your brain that you are experiencing different stuff, like flying a plane or going on a roller coaster. Is relying a lot on your visual and auditory capabilities, often giving you the impression that you are in that simulation or video.

As you can already tell, these are two completely different technologies. One, AR, deals with the implementation of computer-generated objects into the real world, as well as possible, often using your phone camera. While the other one, VR, doesn’t care about the real world around you as it creates a virtual world for you to burst in.

Both technologies can be used easily on most smartphones nowadays by just downloading some apps. Moreover, while VR is very successful through videos and games, AR has only recently started to gain some interest globally due to the massive success of gaming apps like Pokemon GO.

Both technologies are very interesting and got a feeling that both are the foundation for the apps of the future. With big companies like Microsoft, trying to bring these technologies into the business sector, is only a matter of time till AR and VR will become a normality in our daily lives.